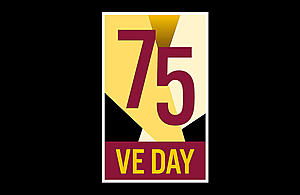 The UK Government has announced revised plans to commemorate the 75th anniversary of VE Day which will include an address from Her Majesty The Queen.

In line with government guidance, the original plans for VE Day 75, which included a veteran procession, had to be adjusted due to the ongoing coronavirus outbreak.

Culture Secretary Oliver Dowden has announced a new programme that will allow members of the public to remember and give thanks to the Second World War generation from the safety of their own homes.